Are You Therapist? Join Us

Please enter your Email ID & we will send you a password reset link.

Ram-Lakshaman: too much or not too much?

Ram-Lakshaman: too much or not too much?

Alfred Adler, a psychotherapist and founder of school of individual psychology in his work on inferiority complex, emphasized on the centrality of sibling experiences in our development where he talks about siblings’ rivalry and attachment with parents. According to him, sibling experiences can impact important aspects of consciousness and development such as self- esteem. John Bowlby, a well-known British psychologist, in his attachment theory mentioned that, some children find ‘a secure attachment’ in their elder sibling while seeking emotional support and comfort, and thus siblings become an integral part of our lives.

We all love our siblings irrespective of whether we show it or not., though when was the last time you spoke to your brother or your sister? Do you recall when did you last meet them? If answers to these questions are short durations of time, you shouldn’t worry, but, if it's otherwise, you’d like to understand and introspect the cause behind it. Let’s find out how and why sibling relationships are important.

The importance of Healthy Sibling Relationships

Emotional ties between siblings are usually strong as in early on in life, spending most of their time together; they find playmates, friends, support and family in each other. Elder siblings provide younger siblings with great influence. As they have spent more time in the social and familial world, they possess knowledge of the kind; the younger ones are unaware of The younger ones justly hold a great opinion of their elder ones as they receive guidance, emotional support and knowledge. It is also not uncommon to find that young siblings share a higher level of intimacy with their elder siblings than with their parents. The quality of sibling relationships defines the support, whether emotional, physical, social or financial, that they gain from this shared relationship.

As sibling relationship is a dyadic and reciprocal one, responsiveness towards one another is a key determinant of a healthy relationship. The spectrum of responsiveness here refers to social, emotional and even financial support. Younger siblings are more likely to depend on their elders rather than on their parents.

What gives rise of Sibiling Hostility?

With reference to Bowlby’ attachment theory, parent–child attachment impact children’s social and intimate interactions. Past researches suggests that infants with insecure attachment style show higher rates of sibling conflict and hostility in the early years which can hamper relations later in life. It is also studied in the past that rivalry among siblings is rooted in their need to overcome feelings of inferiority. To address this and reduce competition, inadvertently, they resort to “de-identifying” themselves from similar personal qualities. Understanding these kinds of family dynamics can help us in promoting more harmonious and less conflictual sibling relationships. Hostility can also arise if siblings having an unhealthy relationship, this will be explained in the following section.

We do enjoy the "Love-Hate" relationships with our siblings; however, we should be sure that such nuances do not contribute to unhealthy relationships. To know and understand more, read about the different unhealthy sibling relationships.

The Golden Child and the Scapegoat:  Often, parents have a favorite child, which is evident in their actions. This may be attributed to a child's values, beliefs and habits which are aligned with their parents’ own and having a sibling who is quite the opposite. The latter may engage in talking back, questioning parents’ beliefs, refusal to follow in the footsteps of family members, these siblings become the “scapegoat”.

The 'Royal' Brat and 'Wise' Owl: All parents love their children , however, some may tend to give in to all wishes and demands of one of their  children. This type of parenting ends up in producing a “royal brat”, who learns to manipulate their way to things that they want. While the parents are concerned with their wellbeing and happiness, they may unknowingly damage the value and belief system of the child.

The Bully and the Victim: This relationship is similar to that of a dominant parent and a submissive child but happens in siblings instead. The bully in this scenario often has a challenging relationship with one parent/ caregiver and perceives himself/herself as controless. The “bully” sibling, whether inadvertently or advertently intimidates their siblings to come across as tough. For the same, they might indulge in abusive behaviors.

The Addict and the Enabler: This is primarily a co-dependent relationship  between siblings, which is propelled by an enabler who acts as a caretaker for an impaired sibling who struggles with addictive or maladaptive behaviors. The “enabler” sibling protects and takes responsibility for their “impaired” sibling, justifying their actions by rationalizing them as means of protection or solution to problems of the latter.

The Ghost and the Hungry Child: The “ghost” sibling is emotionally distant from their family, many times due to their inability to cope with stressful family life. However, the “hungry” child always longs to get closer to the “ghost” sibling. While the hungry child wants love and friendship from their sibling, they often end up with nothing but an empty void

Of Gender and Order of Birth:

Siblings of the same gender generally develop a closer relationship with each other as compared to siblings of the opposite gender. The reason is that dyadic relationships of homogenous gender customarily foster openness and support. Moreover, female children contrastive to male children were found to have lower levels of loneliness given that they had siblings of the same gender. Sisters are more caring and amicable than brothers, while the latter have a more protective nature towards the former.

Research suggests that children born first in order of birth, having sisters enjoy increased life satisfaction and decreased feelings of loneliness. This is in contradiction to female siblings, born first in order, having brothers. Moreover, brothers irrespective of their birth order are less likely to encourage intimacy and emotional support. With respect to younger siblings, they are subject to more emotional love and intimacy as compared to their older counterparts. While they also admire their elder ones, elder siblings develop feelings of envy and hostility due to lack of support during their growth years.

Estranged sibling relationships are not uncommon. If you’re keen on working on your ties with your estranged brother/sister, there are ways to do it, so do not trouble or blame yourself. In order to kindle love and harmony in your relationship, the first thing one is supposed to do is leave the past, in the “past”. In case it’s too troubling, try talking to your siblings however, it is easier said than done. You can always go for family counselling with a therapist who has dealt with similar cases successfully. Communication is one key to building and fostering good relationship, be it with anyone. Remember that if you work with patience and are forgiving, youare more likely to succeed rather than incorporating aggressive behaviors.

Connect With Best Psychologist in India

6 ways to improve you quality of sleep 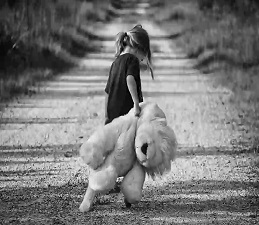 How your childhood matters

The love for size zero

5 easy and effective ways to deal with grief